Jan Soukup (born September 17, 1979) is a Czech karateka, the branch chief for International Karate Organization Kyokushinkaikan in Czech Republic, the president of the Czech Kyokushin Karate Association and the vice president of the Czech Fullcontact Karate Organization, and also a retired kickboxer who competed in the heavyweight division. Soukup's first noteworthy accomplishment was a third-place finish at the European Kyokushin Championships in 2003 and he followed this by winning the All-Japan Kyokushin Championships the next year. After finishing as runner-up in the European Championships and in third place in the European Open in 2005, Soukup had his most successful year in 2007 when he won the European Championships and lost to Ewerton Teixeira in the final of the 9th Kyokushin World Open. Beginning in 2008, he embarked on a career in kickboxing which included a stint in K-1. Provided by Wikipedia
1 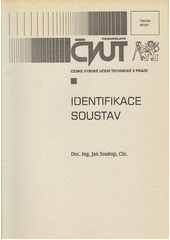