Jason Saul is an American author, entrepreneur, and educator, best known as an expert on measuring social impact and benchmarking. He is the founder and CEO of ''Mission Measurement'', a consulting firm that advises corporations, governments, and nonprofit agencies on their social impact. Saul was also the founder of the ''Center For What Works'', a Chicago-based nonprofit organization that focused on benchmarking and performance measurement. In 2013 he founded the ''Center for Innovation and Public Value'', a nonprofit organization that assists governments with getting value of its expenditures.

Saul is the author of three books and also serves as a lecturer of social enterprise at Northwestern University's Kellogg School of Management. In 2014, he collaborated with Nolan Gasser to launch the ''Impact Genome Project'', a comprehensive research effort to codify evidence and predict outcomes of social programs. Saul has been recognized by Crain's Chicago Business as one of that newspapers ''40 under 40'' business leaders and was also named one of the ''Nation's 25 Most Promising Social Entrepreneurs'' by Bloomberg Businessweek. Provided by Wikipedia
1 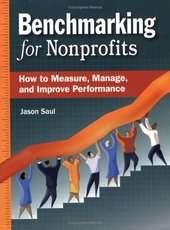