Mark Rothko (), born Markus Yakovlevich Rothkowitz (, ; name not Anglicized until 1940; September 25, 1903 – February 25, 1970), was an American abstract painter of Latvian Jewish descent. He is best known for his color field paintings that depicted irregular and painterly rectangular regions of color, which he produced from 1949 to 1970.

Rothko did not personally subscribe to any one school; however, he is associated with the American Abstract Expressionist movement of modern art. Originally emigrating to Portland, Oregon from Russia with his family, Rothko later moved to New York City where his youthful period of artistic production dealt primarily with urban scenery. In response to World War II, Rothko's art entered a transitional phase during the 1940s, where he experimented with mythological themes and Surrealism to express tragedy. Toward the end of the decade Rothko painted canvases with regions of pure color which he further abstracted into rectangular color forms, the idiom he would use for the rest of his life.

In his later career Rothko executed several canvases for three different mural projects. The Seagram murals were to have decorated the Four Seasons Restaurant in the Seagram Building, but Rothko eventually grew disgusted with the idea that his paintings would be decorative objects for wealthy diners and refunded the lucrative commission, donating the paintings to museums including the Tate Modern. The Harvard Mural series was gifted to a dining room in Harvard's Holyoke Center (now Smith Campus Center); their colors faded badly over time due to Rothko's use of the pigment Lithol Red together with regular sunlight exposure. The Harvard series has since been restored using a special lighting technique. Rothko contributed 14 canvases to a permanent installation at the Rothko Chapel, a non-denominational chapel in Houston, Texas.

Although Rothko lived modestly for much of his life, the resale value of his paintings grew tremendously in the decades following his suicide in 1970. Provided by Wikipedia
1 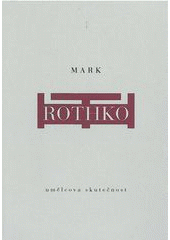