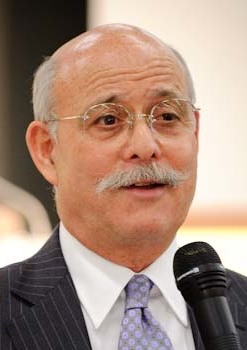 Jeremy Rifkin (born January 26, 1945) is an American economic and social theorist, writer, public speaker, political advisor, and activist. Rifkin is the author of 21 books about the impact of scientific and technological changes on the economy, the workforce, society, and the environment. His most recent books include, ''The Green New Deal'' (2019), ''The Zero Marginal Cost Society'' (2014), ''The Third Industrial Revolution'' (2011), ''The Empathic Civilization'' (2010), and ''The European Dream'' (2004).

Rifkin is the principal architect of the Third Industrial Revolution long-term economic sustainability plan to address the triple challenge of the global economic crisis, energy security, and climate change. The Third Industrial Revolution (TIR) was formally endorsed by the European Parliament in 2007 and now is being implemented by various agencies within the European Commission.

''The Huffington Post'' reported from Beijing in October 2015 that "Chinese Premier Li Keqiang has not only read Jeremy Rifkin's book, ''The Third Industrial Revolution'', but taken it to heart", he and his colleagues having incorporated ideas from this book into the core of the country's thirteenth Five-Year Plan. According to EurActiv, "Jeremy Rifkin is an American economist and author whose best-selling ''Third Industrial Revolution'' arguably provided the blueprint for Germany's transition to a low-carbon economy, and China's strategic acceptance of climate policy."

Rifkin has taught at the Wharton School executive education program at the University of Pennsylvania since 1995, where he instructs CEOs and senior management on making a transition of their business operations into sustainable economies. Rifkin is ranked number 123 in the ''WorldPost'' / ''The Huffington Post'' 2015 global survey of "The World's Most Influential Voices". He also is listed among the top ten most influential economic thinkers in the survey. Rifkin has lectured before many ''Fortune'' 500 companies, and hundreds of governments, civil society organizations, and universities over the past thirty five years.

Rifkin is also the president of the TIR Consulting Group, LLC, in connection with a wide range of industries including renewable energy, power transmission, architecture, construction, information technology (IT), electronics, transport, and logistics. TIR's global economic development team is working with cities, regions, and national governments to develop the Internet of Things (IoT) infrastructure for a collaborative commons and a third industrial revolution. Currently, TIR is working with the regions of Hauts-de-France in France, the Metropolitan Region of Rotterdam and The Hague, and the Grand Duchy of Luxembourg in the conceptualization, build-out, and scale-up of a smart third industrial revolution infrastructure to transform their economies. Provided by Wikipedia
1 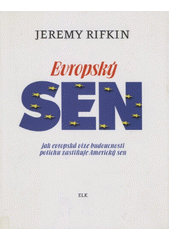