Giovanni Pico della Mirandola (, ; ; 24 February 1463 – 17 November 1494) was an Italian Renaissance nobleman and philosopher. He is famed for the events of 1486, when, at the age of 23, he proposed to defend 900 theses on religion, philosophy, natural philosophy, and magic against all comers, for which he wrote the ''Oration on the Dignity of Man'', which has been called the "Manifesto of the Renaissance", and a key text of Renaissance humanism and of what has been called the "Hermetic Reformation". He was the founder of the tradition of Christian Kabbalah, a key tenet of early modern Western esotericism. The ''900 Theses'' was the first printed book to be universally banned by the Church. Provided by Wikipedia
1 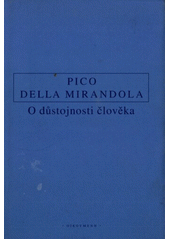