He has been head of the Economic Research Department of the Central Bank of Iran and the under-secretary of the Iranian Ministry of Education. He has also been a professor of economics and the director of the Applied Econometrics Program at UCLA, and visiting professor at the Institute of Advanced Studies in Vienna, at the University of Pennsylvania, and the University of Southern California (USC).

Pesaran is the founding editor of the ''Journal of Applied Econometrics'', and a co-developer of Microfit (versions 1–5), an econometric software package published by Oxford University Press.

He has been a member of the board of trustees of the Economic Research Forum for Arab Countries, Iran, and Turkey over the period, and has served as a member of the World Bank's Council of Advisers for the Middle East and North Africa, 1996–2000.

Pesaran has served as a director on the board of Acorn Investment Trust and Cambridge Econometrics, and is now honorary president of Cambridge Econometrics. In 1997 he became a charter member of the Oliver Wyman Institute, serving until January 2000. Between 2000 and 2002 he was appointed vice-president in charge of development and computerised trading systems at Tudor Investment Corporation, Connecticut, US, and in October 2004 he was appointed as director of USC College Institute for Economic Policy Research.

He has more than 200 publications in the areas of econometrics, empirical finance, macroeconomics, and the Iranian economy, and is an expert in the economics of Oil and the Middle East.

His daughter, Evaleila Pesaran, is a Lecturer and Fellow in Politics and International Relations at Murray Edwards College at the University of Cambridge and is the author of the book ''Iran's Struggle for Economic Independence''. His son, Bijan Pesaran, is a neuroscientist at the Center for Neural Science at New York University. Provided by Wikipedia
1 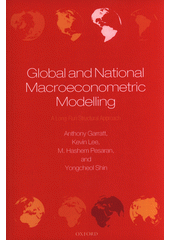 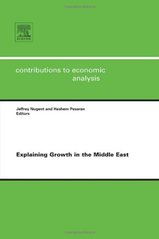