Helena Norberg-Hodge is founder and director of Local Futures, previously known as the International Society for Ecology and Culture (ISEC). Local Futures is a non-profit organization "dedicated to the revitalization of cultural and biological diversity, and the strengthening of local communities and economies worldwide."

Norberg-Hodge is the author of the international best-selling book ''Ancient Futures'' (1991), about tradition and change in the Himalayan region of Ladakh. She is also the author of ''Local is Our Future'' (2019), in which she advocates for localized alternatives to the global economy, particularly involving the creation of robust local food systems and democratic structures that can effectively resist authoritarianism. An outspoken critic of economic globalization, she co-founded – along with Jerry Mander, Doug Tompkins, Vandana Shiva, Martin Khor and others – the International Forum on Globalization (IFG) in 1994. She is a leading proponent of localization as an antidote to the problems arising from globalization, and founded the International Alliance for Localization (IAL) in 2014.

Norberg-Hodge produced and co-directed the award-winning documentary film ''The Economics of Happiness'' (2011), which lays out her arguments against economic globalization and for localization. In 1986, she was awarded the Right Livelihood Award for "preserving the traditional culture and values of Ladakh against the onslaught of tourism and development." In 2012, she received the Goi Peace Award for "her pioneering work in the localization movement". Provided by Wikipedia
1 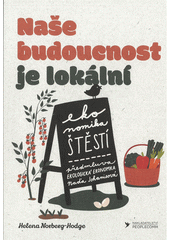