Rex Miller Spangberg (April 25, 1939 – May 21, 2004), known professionally as Rex Miller, was an American novelist. He wrote a series of novels detailing the investigations of Jack Eichord, a fictional homicide detective who specialized in tracking down serial killers. ''Slob'', the first novel in the series, introduced the character of Daniel Bunkowski, a half-ton killing-machine. In 1987, Miller was nominated for the Bram Stoker Award for Best First Novel for writing Slob.

Miller resurrected Daniel Bunkowski for three novels, ''Chaingang'', ''Savant'', and ''Butcher'', that take place outside of the continuity of the Eichord series. Miller also wrote ''Profane Men'', a novel set during the Vietnam War, in addition to the limited-edition novel ''St. Louis Blues''.

Miller was also a popular disc jockey in the 1960s, and was considered an expert in the field of juvenile-related collectibles, particularly old time radio premiums. 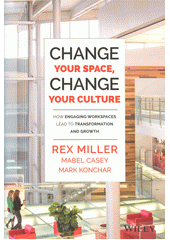