Dennis Meredith , born in Adelaide, South Australia, is a former member of the Australia national field hockey team playing 22 times for his country.

He then moved to officiating and became a World Cup and Olympic International Umpire (field hockey). Meredith went on to become an International Hockey Federation Umpire's Manager and Technical Delegate, and between 1999 and 2000 he worked in the role of FIH Umpiring Development Officer for Asia.

During the period 2001 to 2010, he acted in the role of Competition and Events Manager for the International Hockey Federation, responsible for the coordination of all major international hockey events throughout the world (men and women).

He was the Event Delegate for the hockey competitions at the inaugural 2010 Summer Youth Olympics.

Meredith was seconded to the Organising Committee of the 2010 Commonwealth Games, New Delhi and in his capacity as the Hockey Sports Manager, coordinated the organisation of the men’s and women’s hockey competitions at the Games. In 2011 he was appointed as the Technical Director of World Series Hockey (WSH), a franchise based professional hockey league. WSH was a joint initiative between the Indian Hockey Federation and Nimbus Sport, played with eight teams across India.

Meredith was appointed a Member (AM) of the Order of Australia (General Division) in the 2019 Queen’s Birthday Honours in recognition of his significant service to hockey through roles at the local, state, national and international level. 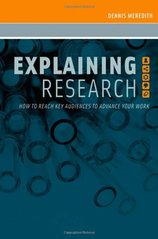