David Lee Marks (born August 22, 1948) is an American guitarist who is best known for being an early member of the Beach Boys. While growing up in Hawthorne, California, Marks was a neighborhood friend of the original band members and was a frequent participant at their family get-togethers. Following his initial departure from the group, Marks fronted the Marksmen and performed and recorded as a session musician.

Marks joined the Beach Boys in February 1962, replacing Al Jardine on rhythm guitar, and performed on the band's first four albums, ''Surfin' Safari'' (1962), ''Surfin' U.S.A.'' (1963), ''Surfer Girl'' (1963), and ''Little Deuce Coupe'' (1963). Since he did not appear on the 1961 single "Surfin'", the first performance by the band that became "the Beach Boys", most historians discount him as a true founding member of the group. In August 1963, he left the band due to personal issues with manager Murry Wilson. Afterward, Marks worked with acts including Casey Kasem's Band Without a Name, the Moon, Delaney & Bonnie, Colours, and Warren Zevon, and studied jazz and classical guitar at the Berklee College of Music and the New England Conservatory.

From 1997 to 1999, Marks returned to the Beach Boys for their live performances. In 2007, he released an autobiography, entitled ''The Lost Beach Boy''. In 2012, he reunited with the group for their fiftieth-anniversary tour and the album ''That's Why God Made the Radio''. Provided by Wikipedia
1 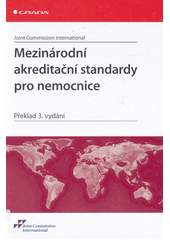