She was born in Burgstädt, East Germany, but was raised in Penig. She studied at the Johannes R. Becher Literature Institute in Leipzig in 1985. She was there for three years then later started writing for magazines. After the fall of the Berlin Wall, she was able to publish her first collection, ''Deutsches Roulette'', meaning German Roulette, in 1991 with the publishing company Suhrkamp Verlag. Many more publications such as her poetry collection ''Blue Box'' (1995) and ''Wittgensteins Nichte'' (1999), meaning Wittgenstein’s Niece, came soon afterwards.

She released ''Niemands Frau'', her most well known work, in 2007. Meaning Nobody's Wife, ''Niemands Frau'' tells the story of the Odyssey in the perspective of its female characters. Köhler explains in her Afterword this was done so as to not make them "there in the story as though they weren’t really there: just there for him, for the hero." In 2009, Köhler won the Poetry Prize of the German Industry Culture Group, among several other awards, for ''Niemands Frau''.

Köhler lived in Duisburg from 1994 until her death in 2021. She worked as an English and French translator and had been recognized for her versions of Gertrude Stein and Samuel Beckett. Provided by Wikipedia
1 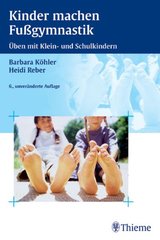