Jana Jurečková (née Přistoupilová, born September 20, 1940) is a Czech statistician, known for her work on rankings, robust statistics, outliers and tails, asymptotic theory, and the behavior of statistical estimates for finite sample sizes.

Jurečková was born in Prague and grew up in Roudnice nad Labem. She earned a master's degree from Charles University, and completed her Ph.D. in 1967 from the Czechoslovak Academy of Sciences under the supervision of Jaroslav Hájek. She completed a habilitation in 1982 and a Dr.Sc. in 1984. She joined Charles University in 1964, becoming part of the Department of Probability and Mathematical Statistics in the Faculty of Mathematics and Physics, and has also been associated with the Jaroslav Hájek Center for Theoretical and Applied Statistics at Masaryk University. 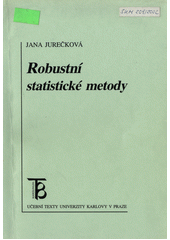