Sonia Fowler (also Jackson) is a fictional character from the BBC soap opera, ''EastEnders'', played by Natalie Cassidy. Her first appearance was on and she departed on She returned briefly in 2010 along with other members of the Jackson family, and re-appeared in the soap from and again in January 2011. Sonia returned as a permanent character on , as part of a storyline that saw her mother Carol (Lindsey Coulson) develop breast cancer. Cassidy took maternity leave in 2016 and Sonia left on 20 September 2016 for her dream job in Kettering. Cassidy made two guest stints during her maternity leave, on 25 December 2016 via webcam and for a three episode arc from 14 to 18 April 2017. She returned full-time on 27 June 2017. On 29 December 2020 it was announced that Cassidy will be taking an extended break from the show with Sonia set to leave the square but will return in spring 2021. She departed on 8 January.

Sonia has been featured in storylines including affairs, feuds, bereavements, family problems, teenage pregnancy and a cancer scare. In 2000, Sonia discovers that she is pregnant at 15 and gives birth to a daughter Rebecca Fowler (Jasmine Armfield) whom she puts up for adoption. She begins a relationship with Jamie Mitchell (Jack Ryder) who is later killed on Christmas Day 2002. Sonia is known for her problematic marriage with Martin Fowler (James Alexandrou/James Bye), which ends in 2006 when Sonia begins an affair with nurse Naomi Julien (Petra Letang). The pair eventually reconcile for their daughter Rebecca, however Sonia begins a feud with Martin's mother Pauline Fowler (Wendy Richard) which ends when Pauline is murdered. Sonia is originally arrested for her murder, however, it transpires that Pauline's husband Joe Macer (Ray Brooks) is her killer.

Since her return in 2014, Sonia's storyline has included divorcing Martin, coming out as bisexual, a cancer scare, relationships with Tina Carter (Luisa Bradshaw-White) and Gethin Pryce (Cerith Flinn), supporting Bex through her attempted suicide, briefly reconciling with Martin, and stealing money from step grandmother Dot Branning (June Brown) to help pay off Martin's hit-and-run victim who had been blackmailing her. Provided by Wikipedia
1 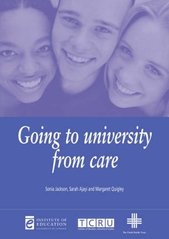