Ronald F. Inglehart (September 5, 1934 – May 8, 2021) was an American political scientist specializing in comparative politics. He was director of the World Values Survey, a global network of social scientists who have carried out representative national surveys of the publics of over 100 societies on all six inhabited continents, containing 90 percent of the world's population. The first wave of surveys for this project was carried out in 1981 and the latest wave was completed in 2019. Since 2010 Inglehart has also been co-director of the Laboratory for Comparative Social Research at the National Research University - Higher School of Economics in Moscow and St Petersburg. This laboratory has carried out surveys in Russia and eight ex-Soviet countries and is training PhD-level students in quantitative cross-national research methods. Inglehart died on 8 May 2021.

Using data from the World Values Survey, he created a model of cultural dimensions which has two axes: secular-rational values versus traditional values and self-expression values versus survival values. The data has been often visualized in the form of the Inglehart–Welzel cultural map of the world, which has been described as "one of the most famous pieces of Inglehart's research tradition".

In the seventies Inglehart began developing an influential theory of Generational Replacement causing intergenerational value change from materialist to post-materialist values that helped shape the Eurobarometer Surveys, the World Values Surveys and other cross-national survey projects. Building on this work, he subsequently developed a revised version of Modernization theory, Evolutionary Modernization Theory, which argues that economic development, welfare state institutions and the long peace between major powers since 1945, are reshaping human motivations in ways that have important implications concerning gender roles, sexual norms, the role of religion, economic behavior and the spread of democracy. Provided by Wikipedia
1 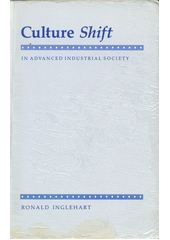