Jeffrey Marc "Jeff" Herman (born 1959) is an American trial lawyer who specializes in representing victims of sexual abuse, and has been described as a "[t]op church sex abuse attorney". He is the founding and managing partner of the South Florida-based firm Herman Law, and has been described in the media as "the nation's leading attorney when it comes to handling high-profile sexual abuse lawsuits".

Herman gained substantial publicity for bringing cases against alleged sexual predators and institutions that protect them. He has been featured in ''The New York Times'', ''USA Today'', ''Forbes'', ''People'', and ''New York'' magazine and is a contributor to ''The O'Reilly Factor'', MSNBC, and CNN. He is best known for exposing the clergy sexual abuse scandal in the Archdiocese of Miami and the Archdiocese of Denver, Herman is also noted for his landmark $100 million verdict on behalf of a client who was sexually abused by Rev. Neil Doherty, one of the largest verdicts ever against an individual priest. He has also represented clients against public figures, including financier Jeffrey Epstein, puppeteer Kevin Clash, and director Bryan Singer. By 2015, Herman stated that he had litigated more than 800 cases in the field. Provided by Wikipedia
1 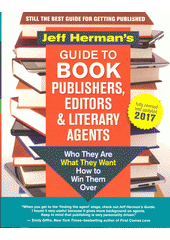 Jeff Herman's guide to book publishers, editors & literary agents : who they are, what they want, how to win them over
by Herman, Jeff, 1958-
Published 2016
Call Number: Loading...