Akiko Fukai () is a Japanese curator of fashion and textile arts.

She received a bachelor's and a master's degree in fashion history from National University of Ochanomizu and studied at Paris-Sorbonne University.

Fukai has stated in interviews that the future of Japanese fashion is "basic clothing at reasonable prices."

Her scholarship emphasizes the relationship between tradition and innovation in Japanese fashion throughout history, with a particular focus on designs produced in Japan since the 1980s, the subject of her 2010 traveling exhibition ''Future Beauty: 30 Years of Japanese Fashion''. The exhibition was the first comprehensive survey of Japanese avant-garde fashion designers from this period and focused on the works of Issey Miyake, Rei Kawakubo, Yohji Yamamoto, and Junya Watanabe among others. The exhibition began at the Barbican Art Gallery and traveled widely, including to the Seattle Art Museum.

One of the main differences she posits between Western and Japanese clothing is, in her own words: "In Europe, clothing is definitely external to the body. In Japan it is a coming together of the body and the garment ... [that] derives partly from the process of dressing and the rituals – the layering and layering of the kimono, for example." Her work on Japonism in fashion, inside and outside of Japan, examines western ideas of Japanese dress and how these ideas and styles were re-imported for a Japanese audience.

She has received numerous awards for her work, including honors from the Japanese Commissioner for Cultural Affairs in 2008 and the Academy of Japonism in Japan in 2000; in 2004, she received an honorary doctoral degree from her alma mater, the National University of Ochanomizu. Provided by Wikipedia
1 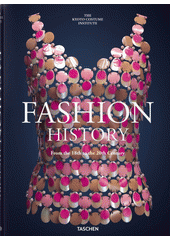 Fashion : a history from the 18th to the 20th century : the collection of the Kyoto Costume Institute
by Fukai, Akiko, 1943-
Published 2010
Call Number: Loading... 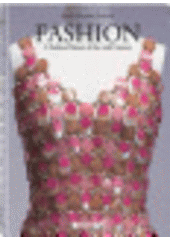 Fashion : a fashion history of the 20th century : the collection of the Kyoto Costume Institute
by Fukai, Akiko, 1943-
Published 2012
Call Number: Loading...

Fashion : a history from the 18th to the 20th century : the collection of the Kyoto Costume Institute
Published 2002
Call Number: Loading...