Amy Collins is an American entrepreneur, speaker, and author. She works as a literary agent and has a background in the field of book marketing and distribution.

Collins is a USA TODAY and WALL STREET JOURNAL bestselling author. She is also an agent with the Talcott Notch Literary Services agency. She serves as a professional speaker and is the author of It's The Little Things (2003) and The Write Way (2015). She is also the co-author of WRITE AND GROW RICH.

Collins is a member of Mensa and Independent Book Publisher's Association. She is on the national advisory board for IngramSpark. She has been a frequent columnist for THEBOOKDESIGNER and Writers Digest Magazine.

Collins started her career in the publishing industry thirty years ago. She was the book buyer for Village Green Books in Rochester, New York. In 1996, she became a National Account Representative for Prima Publishing. In 2001, Adams Media in Boston named her Director of Sales. She then rose to the position of Special Sales Director for the parent company, F+W Media.

Over her career, she has sold to Barnes & Noble, Target, Costco, and Borders. She also pitched to Books-A-Million, Wal-Mart, and all the major chains. She helped launch several private label publishing programs for the book chains and for companies such as PetSmart and CVS. She also works with libraries.

In February 2006, Collins started a book sales and marketing company, New Shelves Distribution, catering to small presses. New Shelves soon became one of the fastest-growing book distribution companies in North America. Collins sold New Shelves in May 2021 to pursue her career as a literary agent full-time.

Collins is a trusted teacher at conferences worldwide. She has taught and spoken at many of the publishing industry's top festivals and conferences, including Publishers Weekly's BookCon and The London Book Fair. She was the Keynote Speaker for the Scottish Writers Association Conference in Edinburgh, Scotland, was the featured speaker at the Dublin Writers Conference, has been the Keynote Speaker at the Las Vegas Writers Conference and the Manuscript to Marketplace Conference at Shepherd University. Collins has also taught and spoken at Oklahoma Writer's Conference, Publishing at Sea, Author U, AAPS, IBPA, BAIPA. PALA, St. Louis Writer's Conference, Writers Digest, and the Palm Springs Writers Group.

Collins’ focus is on the working poor and poverty elimination. She is a member of Fight for Fifteen in New York, which is a group dedicated to raising the minimum wage. She works with and trains women from disadvantaged backgrounds, and is a member of several charitable and political organizations. She donates her time and a part of her company's profits to grant-based charities with one stipulation: that these charities work to reduce the cycle of poverty.

She holds a Bachelor of Arts degree in English from the State University of New York, Geneseo. In her agent role, Collins focuses on non-fiction, history, historical fiction, fantasy, and sci-fi. She is a singer in a Celtic blues band on the weekends and is also an avid motorcyclist in her spare time. Provided by Wikipedia
1 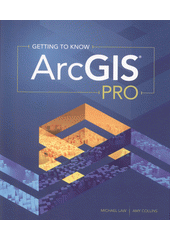 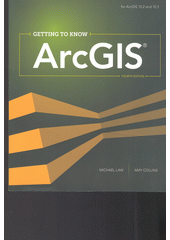