Carl Jacob Christoph Burckhardt (25 May 1818 – 8 August 1897) was a Swiss historian of art and culture and an influential figure in the historiography of both fields. He is known as one of the major progenitors of cultural history. Sigfried Giedion described Burckhardt's achievement in the following terms: "The great discoverer of the age of the Renaissance, he first showed how a period should be treated in its entirety, with regard not only for its painting, sculpture and architecture, but for the social institutions of its daily life as well."

His best known work is ''The Civilization of the Renaissance in Italy'' (1860). Provided by Wikipedia
1 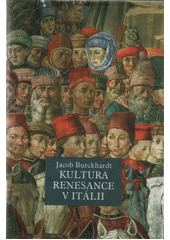