Bruno won Kraszna-Krausz Moving Image Book Award for her 2003 book ''Atlas of Emotion: Journeys in Art, Architecture, and Film''. The American Library Association named ''Atlas of Emotion'' "Outstanding Academic Title" and ''The Guardian'' named it a best book of 2003, describing it as "one of those critical works packed with learning and insights that at the same time takes you on a unique, exhilarating ride through its author's labyrinthine imagination."

Bruno won the Kovacs Book Award from the Society for Film and Media Studies for her book ''Streetwalking on a Ruined Map: Cultural Theory and the City Films of Elvira Notari''. Provided by Wikipedia
1 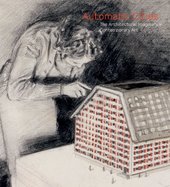