Joyce Diane Brothers (October 20, 1927 – May 13, 2013) was an American psychologist, television personality, advice columnist, and writer. She first became famous in 1955 for winning the top prize on the American game show ''The $64,000 Question.'' Her fame from the game show allowed her to go on to host various advice columns and television shows, which established her as a pioneer in the field of "pop (popular) psychology".

Brothers is often credited as the first to normalize psychological concepts to the American mainstream. Her syndicated columns were featured in newspapers and magazines, including a monthly column for ''Good Housekeeping'', in which she contributed for nearly 40 years. As Brothers quickly became the "face of psychology" for American audiences, she often appeared in various television roles, usually as herself. From the 1970s onward, she also began to accept fictional roles that parodied her "woman psychologist" persona. She is noted for working continuously for five decades across various genres. Numerous groups recognized Brothers for her strong leadership as a woman in the psychological field and for helping to destigmatize the profession overall. Provided by Wikipedia
1 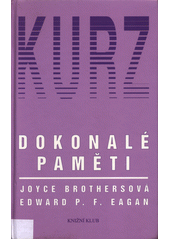