Mathias Bröckers (born 26 June 1954) is a German journalist, publicist, political blogger and author, co-author or editor of political monographs, and novels (with Sven Böttcher). He was co-founder, culture and science editor of the ''taz,'' and from 2006 its online consultant''.'' He worked as a columnist for ''Die Zeit'' and ''Die Woche'' and as a science editor for ARD radio.

Of his total of some 71 publications as author, co-author, or editor, ''Die Wiederentdeckung der Nutzpflanze Hanf'' ("''The Rediscovery of Hemp as a Crop"'' with Jack Herer, 1993) and V''erschwörungen, Verschwörungstheorien und die Geheimnisse des 11.9.'' ("''Conspiracies, Conspiracy Theories, and the Mysteries of 9/11",'' 2002) were international best-sellers. The first edition of ''Wir sind die Guten ("We are the good guys")'', written with Paul Schreyer (2014/2019) was in the Spiegel-Bestsellerliste for nonfiction.

Bröckers positions are partly controversial. His explanatory approaches, especially to the terrorist attacks of 11 September 2001, to the Ukraine war, to the assassination of John F. Kennedy and to Julian Assange are classified as conspiracy theories. He advocates the legalization of drugs, especially of hemp. Provided by Wikipedia
1 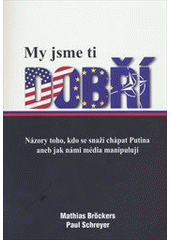