Roger Bate is a British educated economist who has held a variety of positions in free market oriented organizations. His work focuses on solving the problem of counterfeit and substandard medicines, particularly those in the developing world. He also works on US and international aid policy, performance of aid organisations, and health policy in developing countries, particularly with regard to malaria control and the use of DDT. He consulted for the tobacco industry in the mid-'90s, though the extent of this work is disputed. He is currently a fellow of the American Enterprise Institute and the Institute of Economic Affairs, and he was on the board of directors of Africa Fighting Malaria. Provided by Wikipedia
1 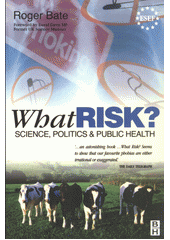