Bém studied medicine at the Charles University in Prague, specializing in psychiatry and subsequently devoted most of his medical career to the treatment of drug addiction. He served on a government anti-narcotics commission.

A member of the Civic Democratic Party, since 1998 he has been mayor of the 6th district of Prague and since 2002 has become the mayor of the entire city of Prague.

He ran for the leader of his party, but lost.

Bém has many interests besides his political career, including mountain climbing, sea diving, and playing the piano. On 18 May 2007 Bem fulfilled his "childhood dream" of reaching the peak of Mount Everest. On 1 August 2012 he climbed the second highest peak in the world, K2, together with Peter Hamor, and without supplemental oxygen.

In 2007, Bém and his wife received CZK 3,5 million for leaving a rent-controlled apartment from Petr Pudil. Pudil is co-owner of Most-based mining company Czech Coal.

In 2008, Bém ran for leadership of ODS but was defeated by the incumbent leader Mirek Topolánek. 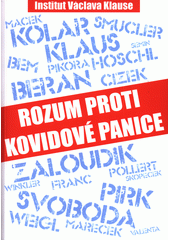