Jessikka Aro (born December 19, 1980) is a Finnish journalist working for Finland's public service broadcaster Yle and an author of a non-fiction book "Putin's Trolls". In September 2014, she began to investigate pro-Russian Internet trolls, but became a victim of their activities herself. This harassment led to three people being convicted in October 2018. In 2019 she was notified that she was to receive an International Women of Courage Award from the U.S. Department of State but this was rescinded just before the ceremony. Provided by Wikipedia
1 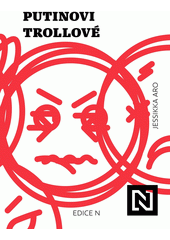