Archer was born in the Aboriginal reserve in Cherbourg, Queensland to a white father and an Aboriginal mother. Archer grew up under the supervision of the Queensland Department of Native Affairs, experiencing malnutrition as a child resulting in a permanent limp and ongoing health problems.

After finishing school, Archer became a domestic servant to a supportive employer at 14. She was permitted exemption from the Acts which regulated Aborigines and restricted the rights of Aboriginal Australians – this freedom was rarely granted.

In 1951, she married an English-born aircraftsman and photographer; they had a son and two daughters. She opened and ran a gift shop in Surfers Paradise called Jedda, named after the protagonist of the film of the same name, where she sold indigenous artefacts, crafts, and art obtained direct from indigenous sources.

Her activism involved the patenting of Australian Aboriginal culture against cultural exploitation. She later joined the One People of Australia League (OPAL), where she held the position of executive officer (1974), and eventually became state president for the organisation. In 1978, Archer joined the Department of Aboriginal Affairs in Canberra, with her responsibilities including the education of Canberra schoolchildren in indigenous culture. Provided by Wikipedia
1 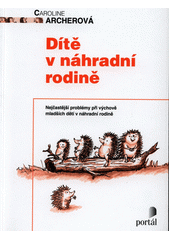